Invented by the Frenchman Georges Jenny in 1937 and produced from 1947 to the late 60's. A very good sounding first type of synthesizer. It has unique expresiion possibilities amd makes use of a special rhytm ribbon. Used by filmcomposers but also by the first generation of experimental electronic music composers. There are only a few working instruments left. The instrument on the picture is the oldest instrument known to me. Probably build in 1947.

Restored with the help of Herm Willems and Lorin Parker. 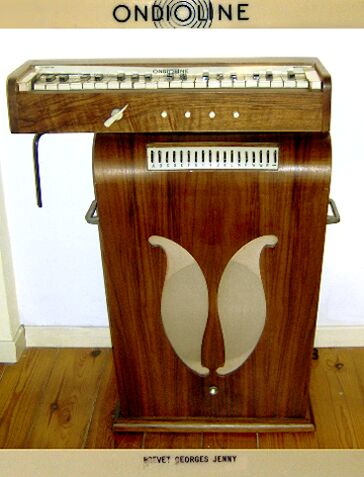 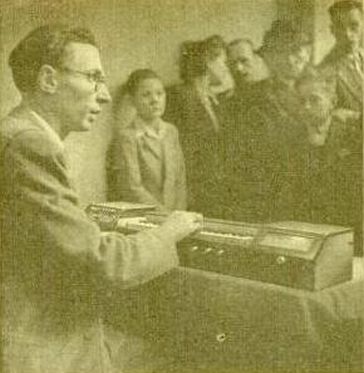 George Jenny, the inventor of the ondioline, demonstrates the instrument in Paris. Probably in 1947. After 1947 the larger model was build. In the first years by Jenny personally.